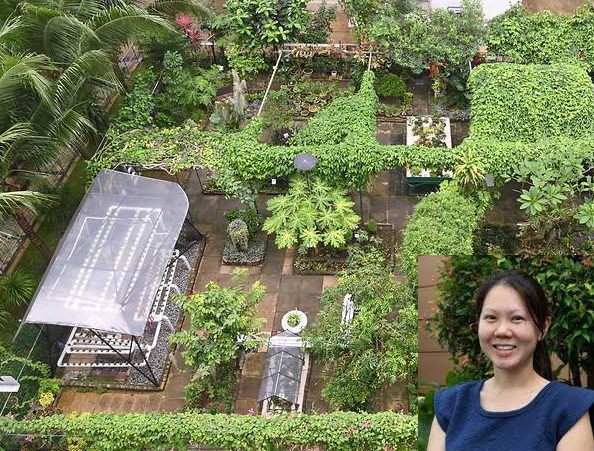 Mdm Lee May La, who is 64 years old presently, nearly lost her life nine years ago. To attend her son’s graduation, she went to Australia but because of an attack of meningitis, she was lying unconscious in an Australian Hospital. She was unable to walk for the next two months. The medication she was ingesting severely affected her health and her bones started to become weaker day by day. Doctors prescribed her to take Vitamin-D. In 2012, she joined her neighbourhood community garden as a full time volunteer.
When she was asked whether she found the work taxing, she said that when you enjoy something, you don’t feel anything. Now, after a decade later, three community winning gardens which have won awards are being managed by her. She also runs practical workshops for gardeners. She has also been enlisted to work on several other gardening projects. One of her projects is a garden for patients at the Institute of Mental Health who are suffering from dementia. Her bone density has also normalised now.
Anyone who will visit the three community gardens will be left startled by the size of plots. Community gardens are generally smaller in size but Mdm Lee May La’s gardens are covering an area of 20,000 sq feet. The first garden is a beautiful fresh vegetable garden which is filled with salads and tall trees of fruits. It covers the area of 10,000 sq feet. The second garden is a different garden which has beautiful sculptures in the centre of the garden. The speciality is that sculptures are donated and the garden is 3,000 sq feet. The third garden is a fruit garden which has so many sprawling fresh fruit trees including papaya trees, banyan trees and many more.
But the garden was not always like this. When Mdm Lee started in 2012, the garden was one third of its size with just a few fruit trees and nothing else. As a leader she took over the garden in the year 2014. She also donates a few hundred dollars to the community garden every month to buy seeds and fertilizers. To fertilize soil enzymes are used and she also went to Thailand to learn how to develop enzymes. She also educates preschool kids about plants and crops. In future she wants to plant something special and different for children who visit community gardens.