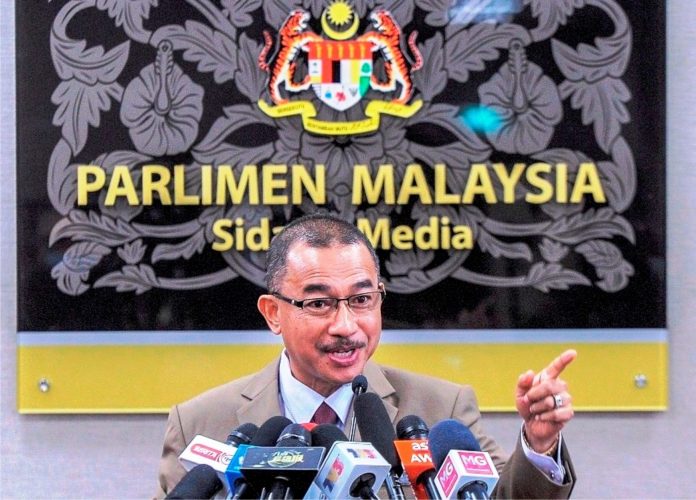 The supply bill of 2021 for the ministry of health was passed at the Dewan Rakyat after a very heated debated as well as the majority. While the deputy health minister Dr Noor Azmi Ghazali was ending the debate was bombarded with a lot of questions from the member parliament who wanted the Deputy Chief to answers to all the points raised while the discussion was going on.
Another thing that raised a lot of questions during the debate was the absence of Datuk Seri Dr Adham Baba, who was absent, mainly because the country is under a pandemic. But Dr Noor gave a stern explanation which is that he is in a position to answer all the questions and the absence of Dr Adham should not be questioned.
Another set of questions intervened the winding-up speech were on the reduction of the operating expenditure of the ministry, and this had generated a lot of allegation as well as confusion amongst the members.
As a reply to this confusion, dr Noor stated that the operating expenditure declared under the 2021 budget would be a reformation for the ministry of health, but this doesn’t mean that it will cut the allocation. Instead, it will help in improving the efficiency as well as the effectiveness of the expenditure, and it will also work on the reduction of the bureaucracy involved unmaking the payment.
Dr. Noor stated that a lot of members are confused when it comes to expenditure, there is a lot of confusion as to how some things are zero in number and how something has been underfunded. He wants to put enough stress on the fact is that the budget this time is RM 31.94, which is 1.08 RM more than the previous years budget, this is 4.38 per cent more.
The reformation has also been done so that issues of the late payment can be rectified and the ministry is enabled for controlling the monitor and allocation so it can be done effectively as well as expansively.
Later on, he added that this would also be done for assisting the optimisation of the financial resources by following the same procurement method, which has been followed by the government for saving the funds.

In the face of the Covid-19 epidemic, Malaysia’s King has warned MPs not to take chances with the country’s future