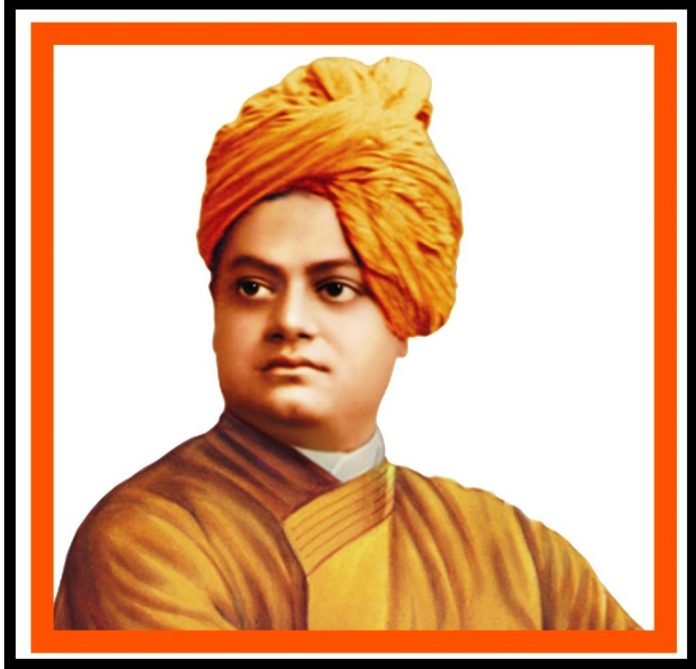 Dr. APJ Abdul Kalam is the inspiration of many successful people. But do you know who is the inspiration of Dr. APJ Abdul Kalam, Nikola tesla, Subhash Chandra Bose, Lal Bahadur Shastri? He is Swami Vivekananda.
Swami Vivekananda’s mother, Bhuvanseshwari Devi, was very religious and prayed to god for a child as a blessing who can make them proud. She was a devotee of Lord Shiva. One day she dreamt that Lord Shiva said to her that he will incarnate as her son. She was very happy about this dream. On 12 January 1863, Swami Vivekananda was born on the day of Makar Sankranti. His family named him Narendranath. His family used to call him Naren. All the members of his family were well educated and intelligent. Swami Vivekananda’s father was an advocate in Calcutta High court.
From a very young age, Swami Vivekananda began to question the difference between different religions and why rich and poor are treated differently. One day he saw boxes of tobacco pipes in his father’s office which were kept for his clients. One box was for Muslims and the other one was for Hindus. He picked one pipe from each box. He was reprimanded by his father for doing so. According to him there was no difference between the two tobacco pipes.
One day he had two dreams. The first was about a man who was rich, had a beautiful house, a lovely family and is highly respected in society. The second dream was of a monk who led a simple life with an aim of searching for truth and god. Swami Vivekananda thought deeply about those dreams. He could have been any of them. After careful introspection, he chose to be a monk. He wanted to experience god. He met Shree Ramakrishna who was very impressed by Naren. He was very happy to have a student with whom he can finally share his learnings with. After the death of Shree Ramakrishna, Swami Vivekananda took care of the new monks. He taught them history, karm, yog, bhakti, gyan.
Swami Vivekananda first went to Varanasi and then to Ayodhya. The prevailing caste system bothered him a lot. He went to America as there was no caste system there. Parliament of Religion was opened in 1893. It was a kind of a fair which was a part of an event named World’s Columbian Exposition. This event was organised to celebrate the advancement of western countries in terms of science, technology and religion. More than 7,000 people were part of the event. There were leaders from all over the world to represent their religion. All the leaders had to give a speech on their religion. Swami Vivekananda had not prepared any speech. He was nervous and asked the organizer to call him to the stage at last. Finally when he went to the stage, he started his speech by saying ‘dear brothers and sisters of America’. His courteous approach won hearts. He explained in his speech that we all need to accept and understand others irrespective of our differences. He never favored any one religion and never rejected other religions. The news or Parliament of Religion was then published in newspapers and magazines in India. All Indians were very proud of him. To earn, he started giving lectures in many states in America. He was successful in inspiring people to accept and understand others with sympathy and love. After he had enough money to help the poor in India, he came back. He became an inspiration for people in India. He traveled south but when he started suffering from Asthma, he was suggested to go to North India as the quality of air was relatively better there. He preached his teachings all over North India. At the age of 39 years, asthma became worse and he died. By that time he had inspired people to accept, understand and love each other. He encouraged people to help the needy. Swami Vivekananda is an epitome of inspiration, courage and wisdom.