Home Heritage Indonesia: Islam is our religion, Ramayana is our culture 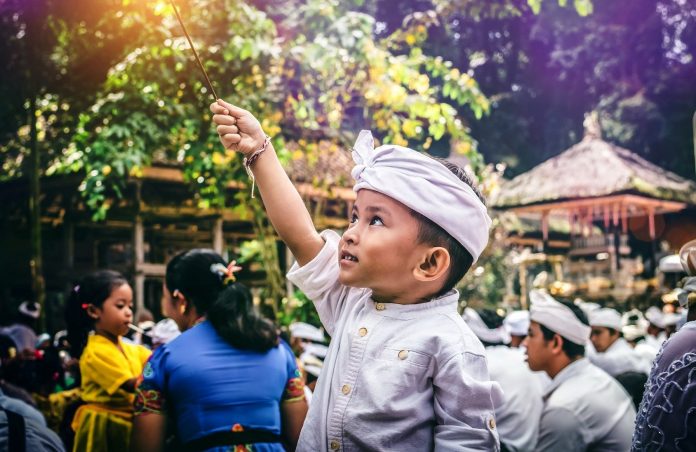 Indonesia is the most populous muslim country in the world. Once it was a Hindu nation, Hindu rulers ruled this nation. But today, 90 percent of the population believes in Islam and yet even today people and places are named in Sanskrit. Not only this, despite being a Muslim country, the great epic of Hindus- Ramayana is taught and read here. It is an inseparable part of a student’s curriculum. Civilization of Indonesia is the oldest civilization. It has many temples dedicated to Hinduism and Buddhism.
In Indonesia, Ramayana and Mahabharata are compulsory subjects in almost all of the universities. Kakawin Ramayana is the Indonesian version of Ramayana. It is written in the old Javanese (Kawi) language. It is an interesting fact that in the Indonesian version of Mahabharata, Draupathi has only one husband. There is a famous 10th Century Prambanan temple in central Java which is devoted to Brahma, Vishnu and Shiva and the Ramayana is depicted in bas-relief (sculpture) in many parts. There is a daily performance of either Ramayana or Mahabharata in the form of a leather puppet show in the palace of Sultan of Yogakarta. He also organizes the daily performance of a dance ballet which is based on Ramayana. It is beautifully performed with the Prambanan towers as its backdrop. The spotlight of the exceptional show is that all the artists are Muslims. Leading actors have been asked how they perform so graciously to which they say, “Islam is our religion. Ramayana is our culture.”
One of the most astounding landmarks of the Indonesian capital, Jakarta, is an enormous modern sculpture, an exceptional work of art of Krishna and Arjuna in the chariot with their horses nearly flying. Garuda is the national symbol of Indonesia. There are a few thousand Hindu temples in Bali and the influence of Ramayana can be seen from sculptures to performing arts. It is incredibly miraculous and remarkable that an Islamic nation imbibes Ramayana into their day to day lives so gracefully.